In a world which is full of negative stories, the story of Abby Bishop is nothing short of inspirational

Abby Bishop, a South Australian country girl, has a talent for basketball us mortals can only dream of. She was good enough to represent Australia in the aged categories and make it into the WNBL. In her first season in the league, Bishop was able to win the 2006 Rookie of the Year award.

She has spent 12 years playing in the league, being named MVP of the league once, won three Championships and was named to the All-Star five in 2009.

Add to this glittering home resume, Bishop has played three seasons in the toughest league in the world, being blessed to play for the Seattle Storm in 2010 when they won their WNBA Championship.

Bishop was also named the International Player of the Year in 2011 and was part of the world title win in 2010. All of this and she is only 28.

The most amazing part of this is what Bishop has had to fight though to get to the pinnacle of the sport she loves so deeply. Bishop was a bench piece for the 2010 Storm, getting minutes when she could. In true Bishop style, she played hard when she was on the court. However, in what can only be described as bad luck, she sustained a concussion during a post-season practice for the Storm, ruling her out of most of the Playoffs. She was able to come back for the final Championship game.

In 2014 Bishop became a single mum when she chose to take full time care of her two day old niece. At the age of 24 when most people are still very self-focused, Bishop became a loving single parent to a bundle of joy. She did this without the usual support networks in place around her. Her family were all around the country and there was no long-term partner to be a backup for when she went to work. Childcare is not an option for someone who has road trips to the other side of the country.

Bishop did not let this stop her. She was able to make Zala the center of her world. While basketball became the secondary passion, what people can fail to recognize is athletes need to keep playing in order to pay the bills. As a female athlete, Bishop needs to travel the world to do this due to the abysmal remuneration females typically receive for playing sport.

Just one year after taking full custody of Zala, Bishop was embroiled in a dispute with Basketball Australia which ultimately led to her removing herself from the Australian Opals team. This was due to the governing body not wanting to pay extra money to cover the cost of travelling with Zala. As a mother, separation from her child was not an option.

While Basketball Australia did it for reasons they believed benefited their team, Bishop would take a stand which will hopefully benefit female athletes for years to come. She would not have Zala sleep in another hotel or be left at home. Bishop chose family. A small child should never sleep in a strange room without access to their support network, in this case her mum.

Since Zala was born, Bishop has always traveled with a nanny, this is a cost she factors in to her professional commitments, with the exception of France, Zala went to French school at age three because they start young. Bishop should not have to pay when she is representing her country though. It is an honor but no one should lose money when playing for a representative team

Fortunately Basketball Australia has a progressive leadership and they softened their stance, offering ways to help Bishop. What most people probably do not realize is when she travels Bishop already pays for separate rooms when required while she travels with her domestic team so that there is no impact to her team mates.

However, it is not the story of individual versus governing body which is the most inspirational. Bishop signed on to play in Hungary for the 2015-16 season but due to her hamstring injury was unable to fulfill her commitment to her contract. So after mutually agreeing it was best for both parties to end the agreement, Bishop went back to the WNBL, playing with the Canberra Capitals. 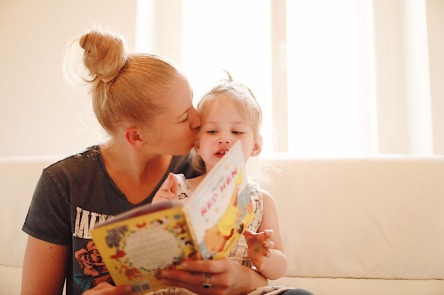 She played this WNBL season with bone bruising and a hamstring issue, being managed through by medical staff. Playing through pain is something athletes do but when it does not get better, action needs to be taken. Bishop was treated by some of the best doctors in the county and, with permission of WADA, was given a drug which contained banned substance to help her heal at the end of the season.

This treatment had side effects. For Bishop, they were almost lethal. After passing out at home, her mother called an ambulance and it was found that Bishop had massive clotting in her arm which had developed into deep vein thrombosis (DVT). The fear of not being able to move one of your limbs, for a professional athlete, must be immense.

As most people would be aware, a DVT can be a lethal condition. So, in order to treat the side effect of her treatment, doctors had to put her on blood thinning medication. This is dangerous as it stops clots from forming over a cut and a person can die from loss of blood.

Fortunately, Bishop was able to get through all of these medical dramas. Playing in Seatlle again and then in France, Bishop was able to start rebuilding her career last year. Bishop would have played with a level of joy. The simple pleasure of being back on the basketball court after facing the possibility of it not happening again, would be satisfying.

Abby Bishop was back. She signed on this season to play with her home team the Adelaide Lightening and was recently named as part of the Opals Asia Cup team to play in India. Unfortunately, just before the trip, Bishop was ruled out with an ankle injury. Seriously, you could not write this script.

Through all of this, Bishop has remained the same positive, amazing person I have always admired. When this ambassador for Australian sport hangs up the sneakers, probably for family reasons, her legacy will be greater than what she did on the basketball court. Bishop will probably have to retire earlier than most in order to provide an ongoing, secure environment to raise her daughter. A solid home base for schooling is vitally important for a child’s well-being and if you have read this piece you know Bishop will do anything for her daughter.

It is upsetting for me to think about the fact we are going to lose such a prodigious talent from the game of basketball because the pay is so poor for females. If females were paid similar to men, she could play in one league longer, thus staying in the game.

When Bishop retires, her legacy will be of being a great basketball player but also a role-model, a crusader, but mostly for being a mother who shows the world anything is possible. You just have to believe you can do it and stand up for what is right.

To keep up with Abby as she begins the next season with the Adelaide Lightening, make sure to check out her website at http://www.abbybishop.net/

3 thoughts on “The Abby Bishop Story: An Inspiration For All”